Black Bear Casino Resort, a well known destination in the Northern Minnesota region reached out to Chicago Projection Mapping with a challenge: help relaunch the Black Bear brand and bring wider awareness for their 20th Anniversary celebration. Finding that other methods of large-scale promotion lacked the visual and branding impact they desired, Black Bear opted to consulting with Chicago Projection Mapping to bring a top-tier mapping display to the Northland. 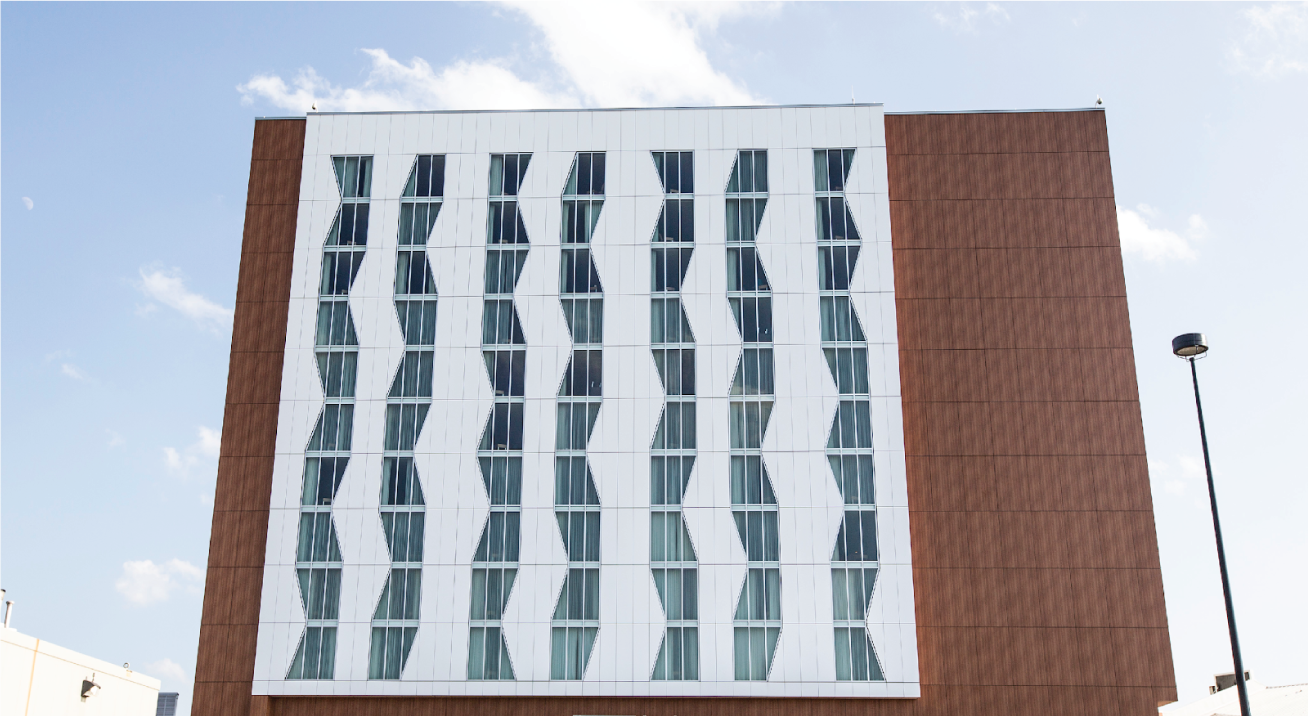 Through the initial location scout, CPM identified an exceptionally ideal surface – the exterior north wall of the “Birch Tree” building, part of the hotel’s complex that featured both compelling, unique architecture and an ideal environment for projection hardware. Plans were drawn up to transform the Resort for a one-night-only presentation, utilizing twelve stories and all 15,000 square feet of the surface.

The creative process unfolded organically throughout all of the meetings. The objective was to establish a connection between the casino, the hotel architecture, and the native environment of the Northland, without relying on clichéd casino identifiers. Additionally, Black Bear sought an opportunity to debut new commercials, intended to run through the 2014 season.

With this in mind, CPM developed an approachable, visually compelling story that followed the journey of a birch leaf across the four seasons, tying into the natural wonders of the North. In total, over twelve minutes of custom-made content was developed and animated by CPM.

Implementation was handled seamlessly by Chicago Projection Mapping. Over the span of three days, CPM deployed and coordinated all aspects of the live show, including two top-of-the-line Barco 40k projectors, proprietary mapping hardware, temporary window treatments for projection, and a festival-grade audio system. This was accompanied by Black Bear’s own event staff, who created a festival grounds to accent the display, including on-premise food, drink, and a live band. All technical aspects exceeded client expectations, and provided a seamless viewing experience for both the show and a client viewing session the night before. 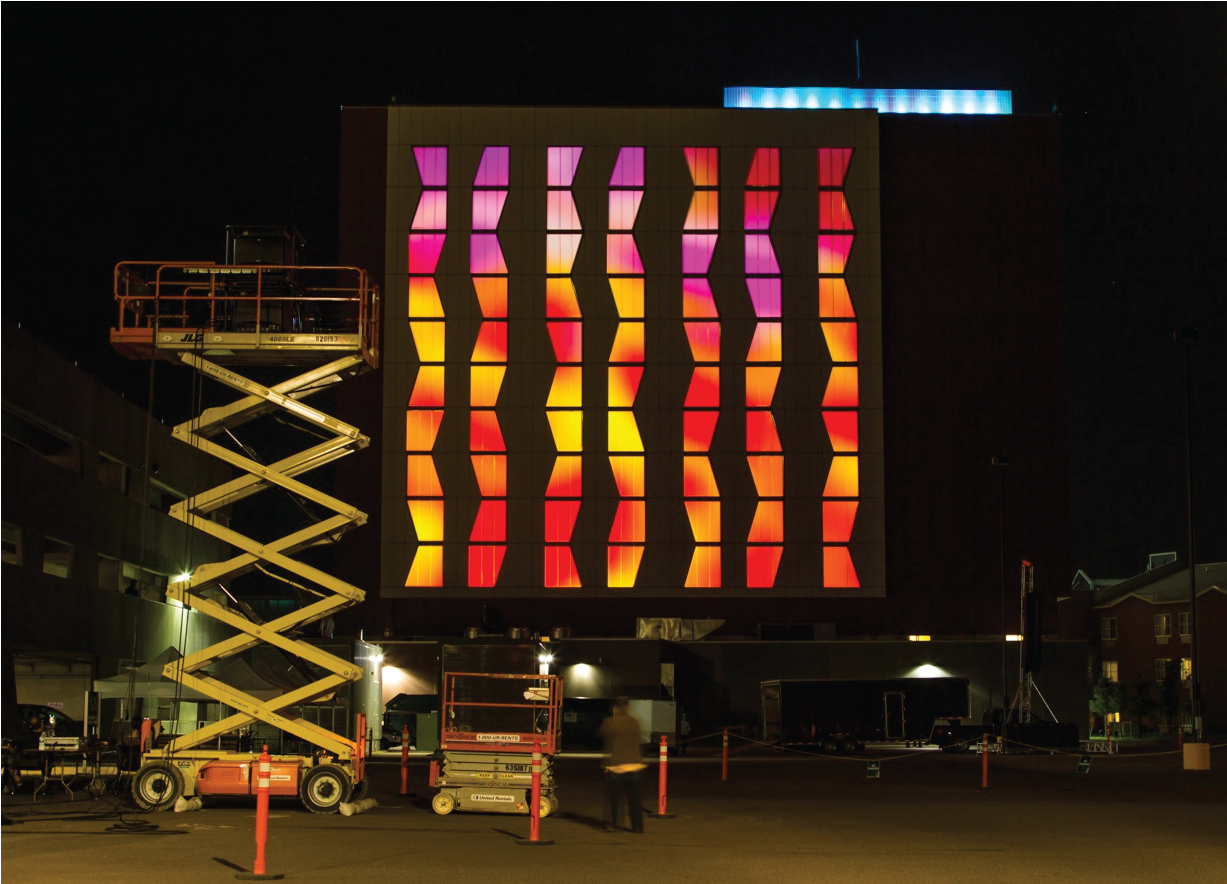 The event was a resounding success! The display ran three times through the warm August night, attracting up to 5,000 viewers for each showing. Social media played an significant role, with hundreds of camera phones and iPads recording the display during the showings, some of which reached the internet mere minutes after the presentation. In conjunction with other 20th Anniversary promotions, Black Bear posted their highest monthly earnings since the casino’s launch. In the words of Black Bear’s marketing director Todd Defoe, “This is like the Fourth of July, only its a technological wonder thats better than fireworks. […] We had thousands of people on the property checking this out, and I cant think of a single better way to unveil a new brand. Something of this scale, it suits the scale of the brand we’re unveiling, it suits the scale of the casino.”

Across the months of planning, creative, animation, and technical execution, Chicago Projection Mapping is proud to share this display as a success story of the impact of projection mapping. By taking client considerations, marketing objectives, and CPM’s own knowledge of the projection medium into consideration, the Northland received a show unlike anything the region had seen before. Black Bear Casino Resort is a standout example of the compelling nature of mapping on a large scale – visually unmatched, emotionally resonant, and ultimately a powerful tool for drawing attention and engagement to a brand.